This is an early prototype of a 2D multiplayer platformer game, where players need to pick up randomly appearing targets and can also pickup boxes containing weapons, power-ups and objects they can place on the level to make the game easier or harder.

Check out our devlog!

Planned features for the release: 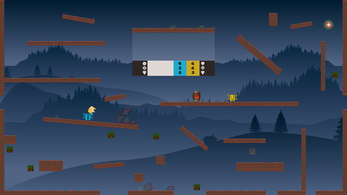